Welcome to our SylCreate Showcase page. We’ll bring you news, interviews and projects from the world of model making, modelling and restoration.

If you’ve got work or a project that you’d like to share with us to showcase on our SylCreate social media channels, then please email photos, a description of the work and the Sylmasta products used to sales@sylmasta.com. 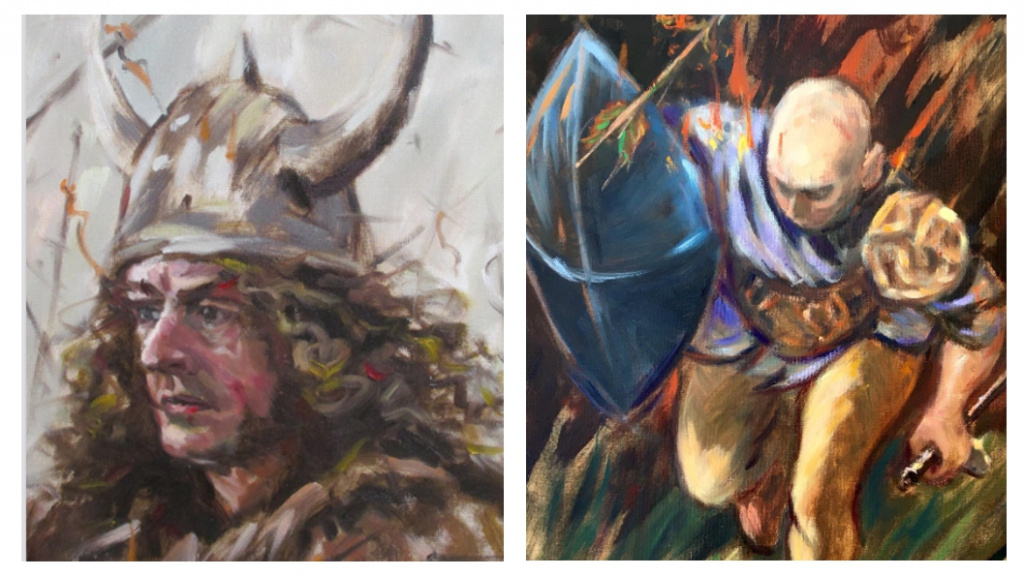 Shadows of Centralis: An inclusive new addition to the world of tabletop wargames

With his new, inclusive tabletop wargame launched, we caught up with long-term SylCreate collaborator John Wombat to find out all about Shadows of Centralis and what it aims to bring to the fantasy miniatures world
Read More 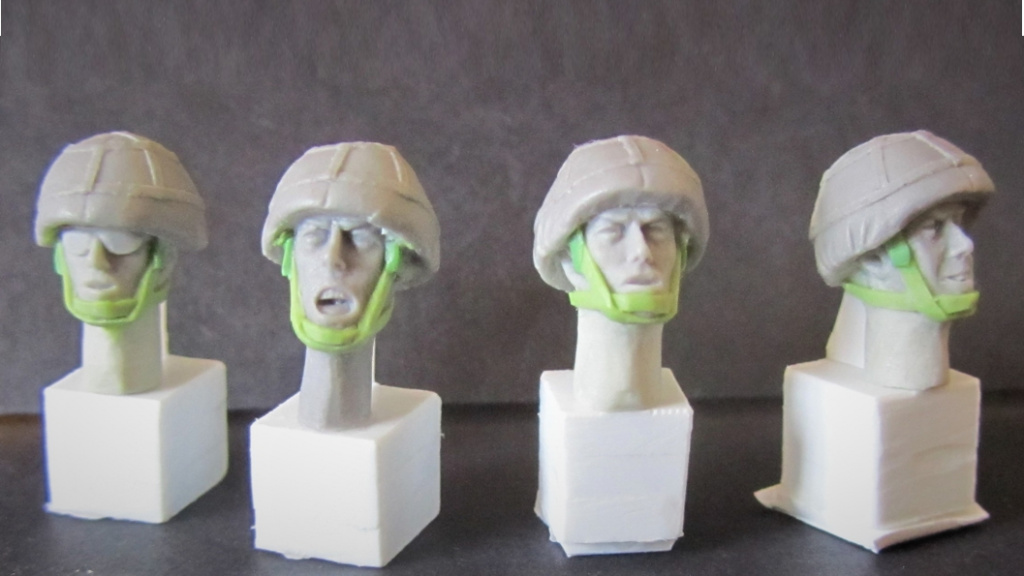 Modelling in a heat wave: Tips for using epoxy putty in hot weather

Using modelling putty in a heatwave can be extremely challenge. We spoke to some of the world’s leading professional scale model and fantasy miniature sculptors who share their tips for model making in a heatwave
Read More 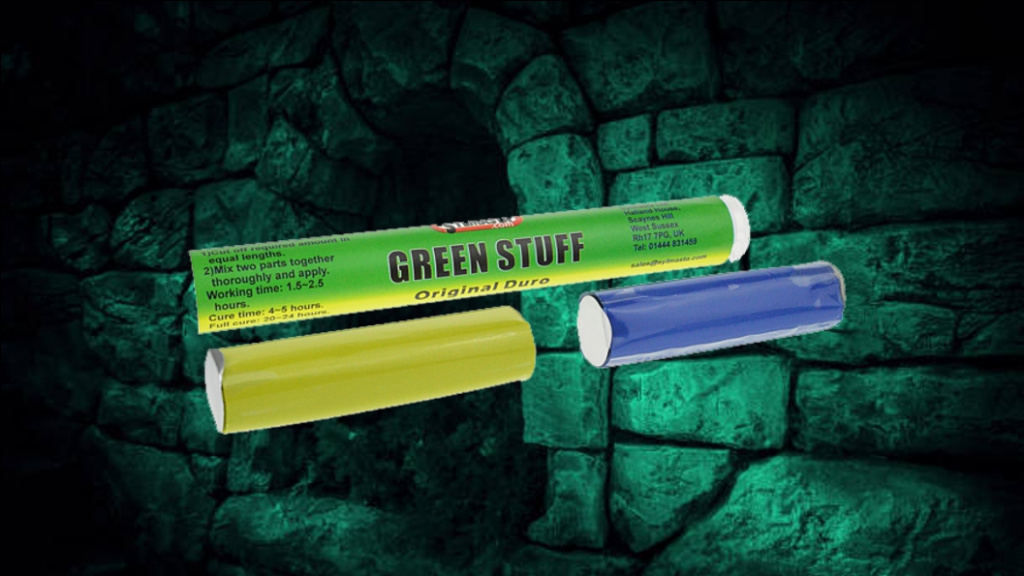 After years in the shadow of Green Stuff Reel, the Stick format of the leading fantasy miniature modelling putty in the world is getting the recognition it deserves for enabling greater control over the properties of the putty
Read More 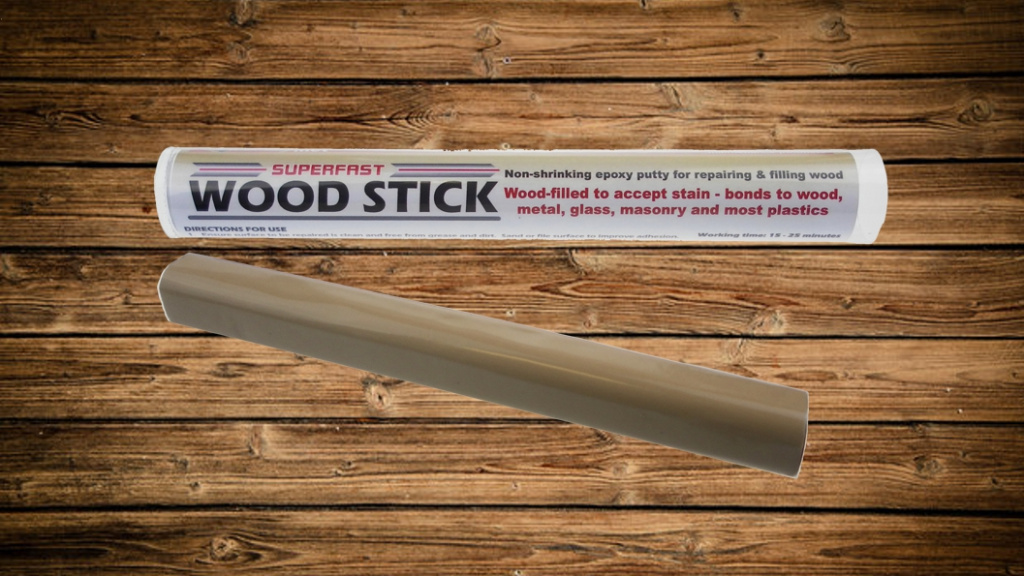 Is that a Superfast Wood Epoxy Putty Stick in your pocket or are you just pleased to see me?

With multiple uses in repair, restoration and model making, Superfast Wood Epoxy Putty Stick ranks as one of the most underrated products in our SylCreate range – until now!
Read More 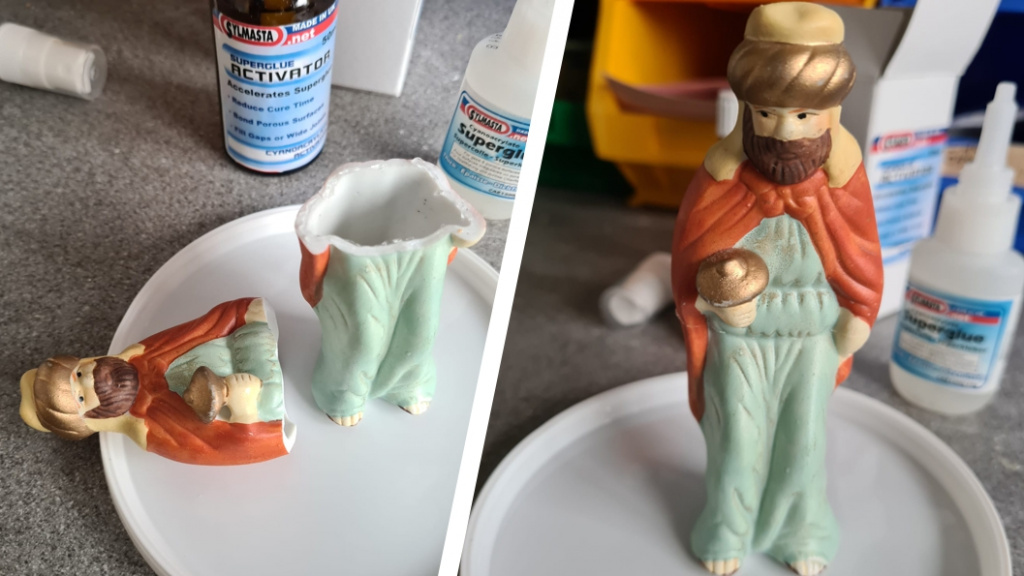 When a priceless family Christmas decoration passed down through the generations snapped in two just before the big day, one of SylCreate’s wise men produced his own Christmas miracle with a seamless repair
Read More 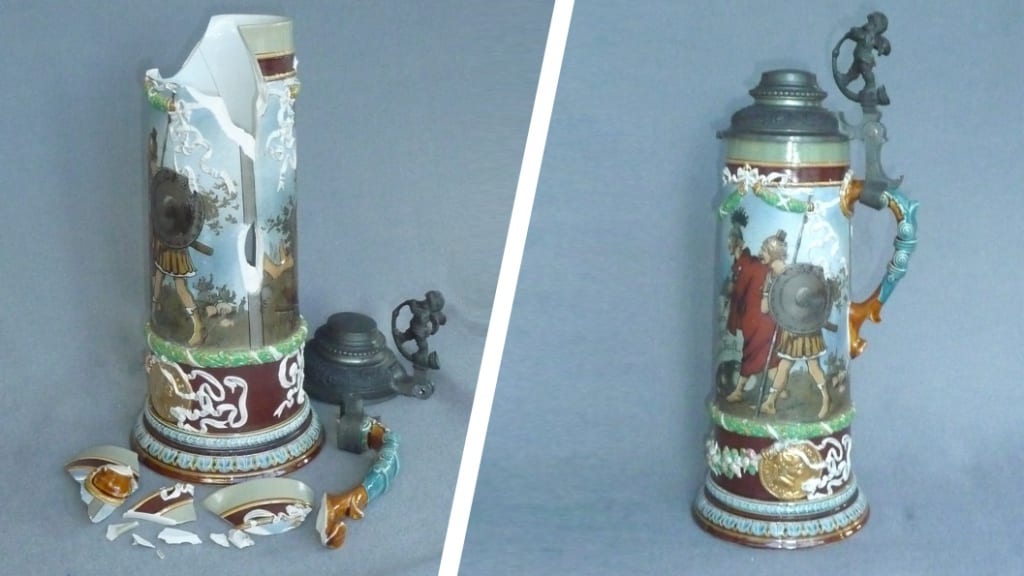 We spoke to leading professional restorers to find out how they use Sylmasta Coldglaze PRO for glazing ceramic, pottery and china and repainting patterns
Read More 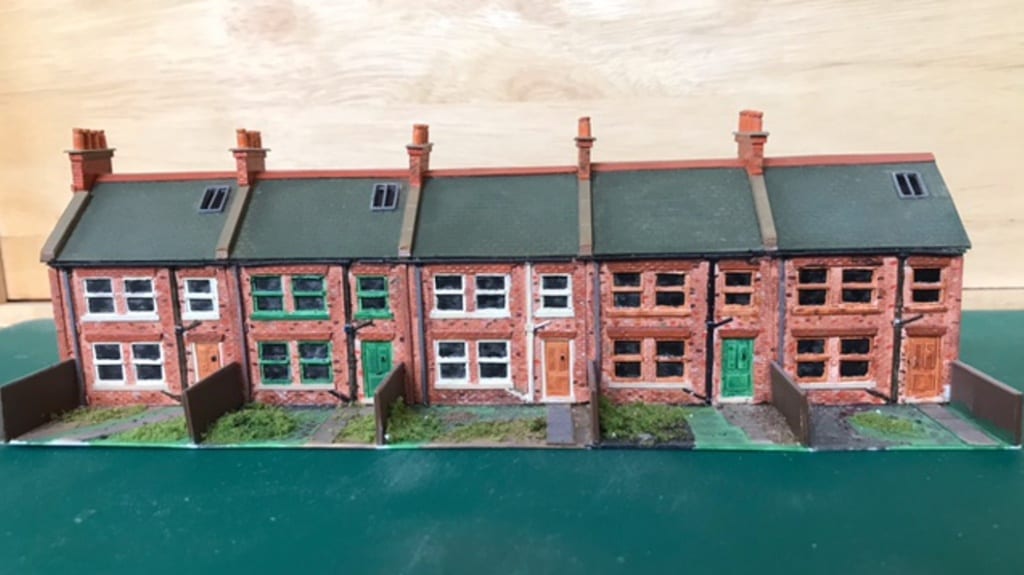 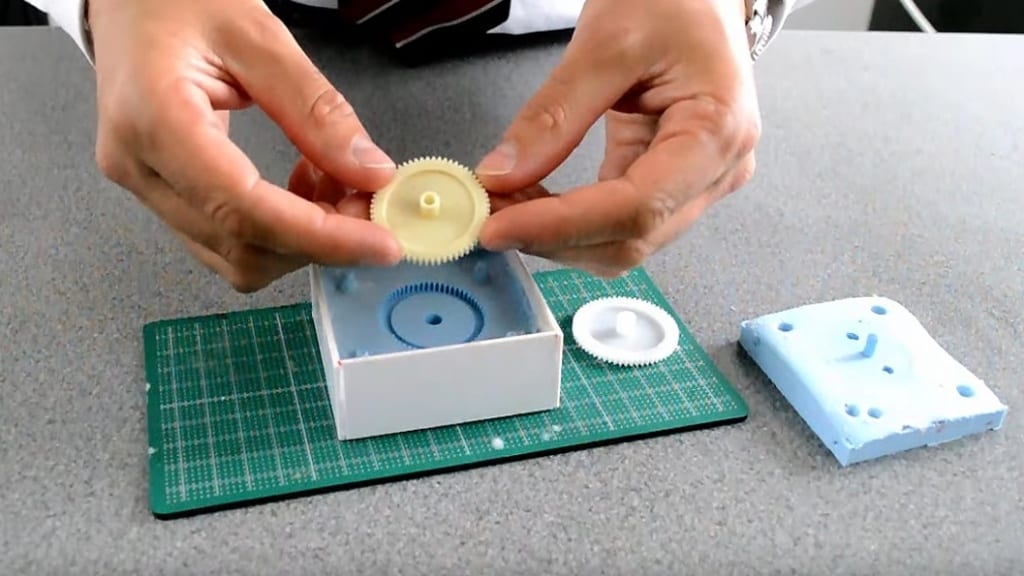 We show you how to create a reusable, two-part silicone mould and use it to create a highly detailed copy of an original using casting resin
Read More 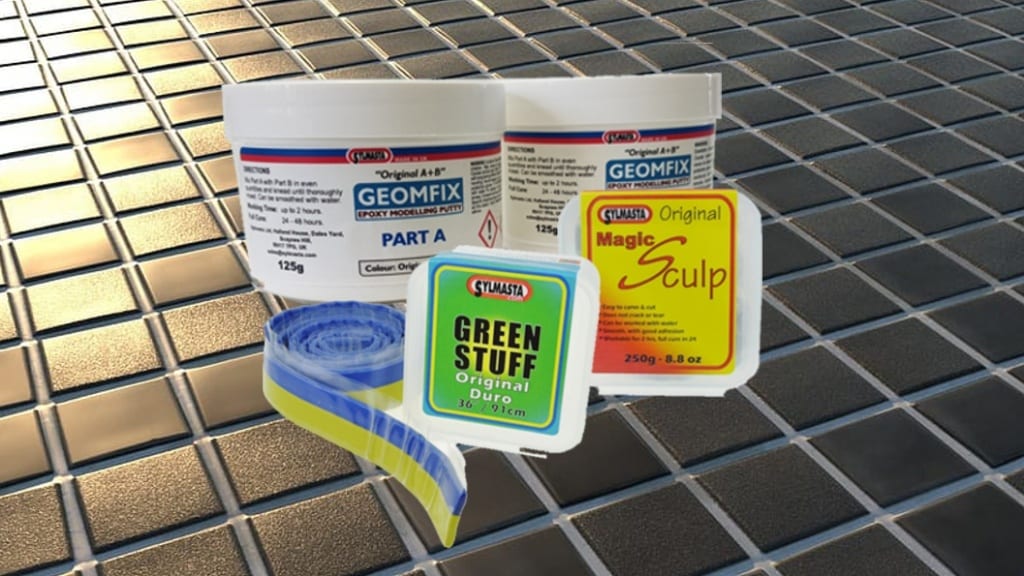 Green Stuff, Magic Sculp, Milliput, Geomfix.. there are a lot of epoxy modelling putty options out there, so which one is right for your task?
Read More 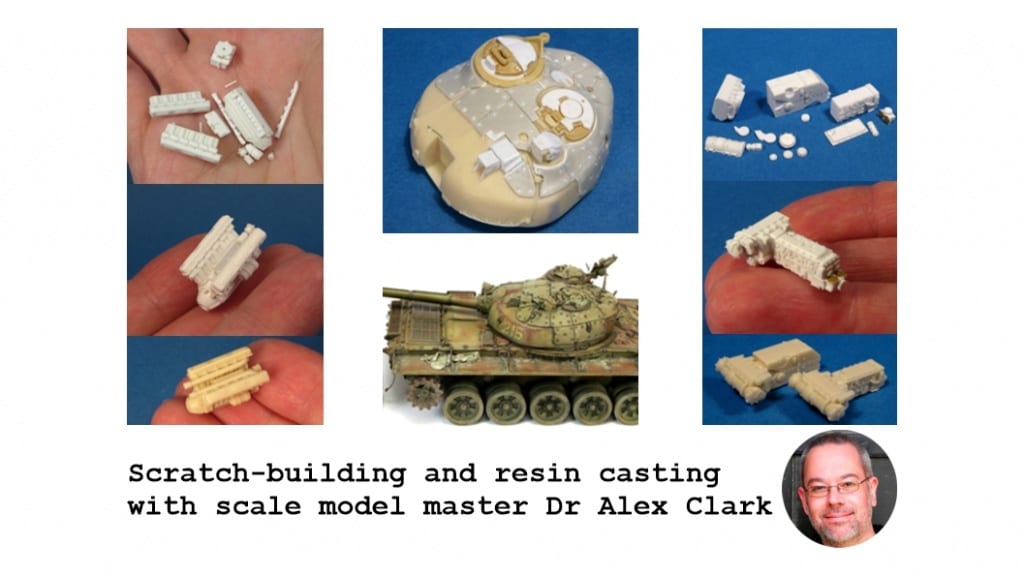 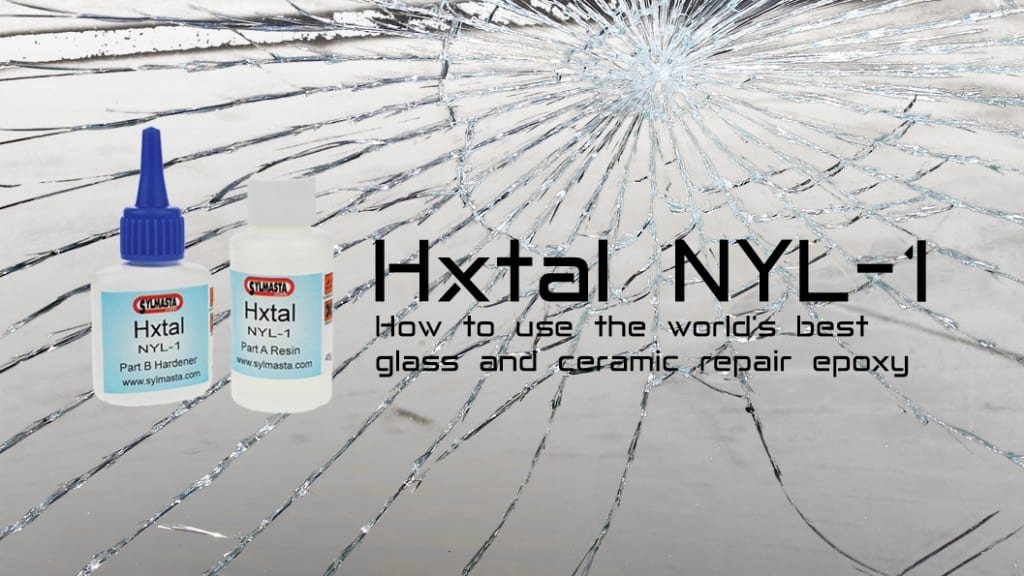 Hxtal NYL-1: How to use the world’s best glass and ceramic repair epoxy

Hxtal NYL-1 is the world’s best glass and ceramic repair expoxy. We spoke to leading curators and restorers to find out the best way to use it
Read More 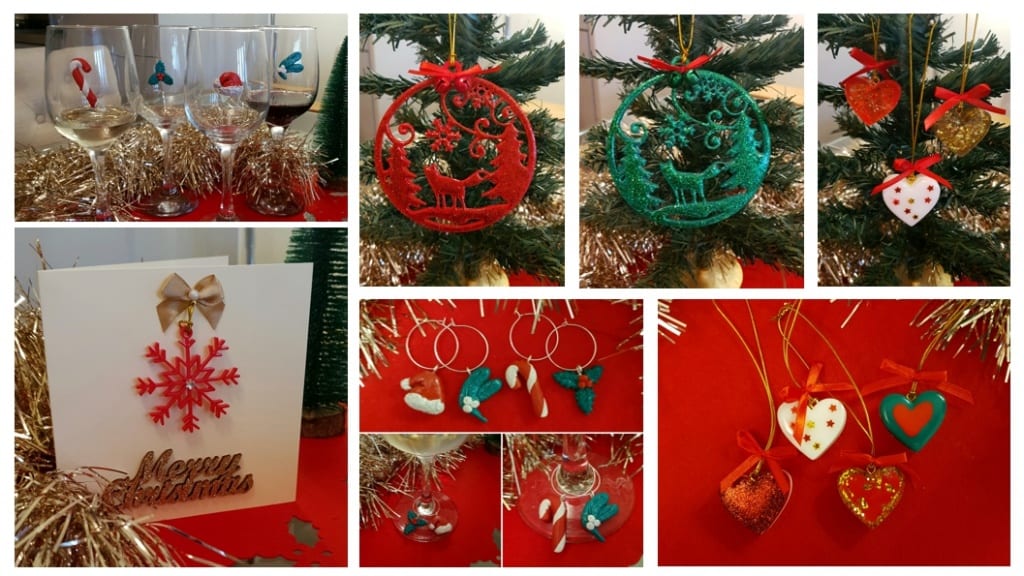 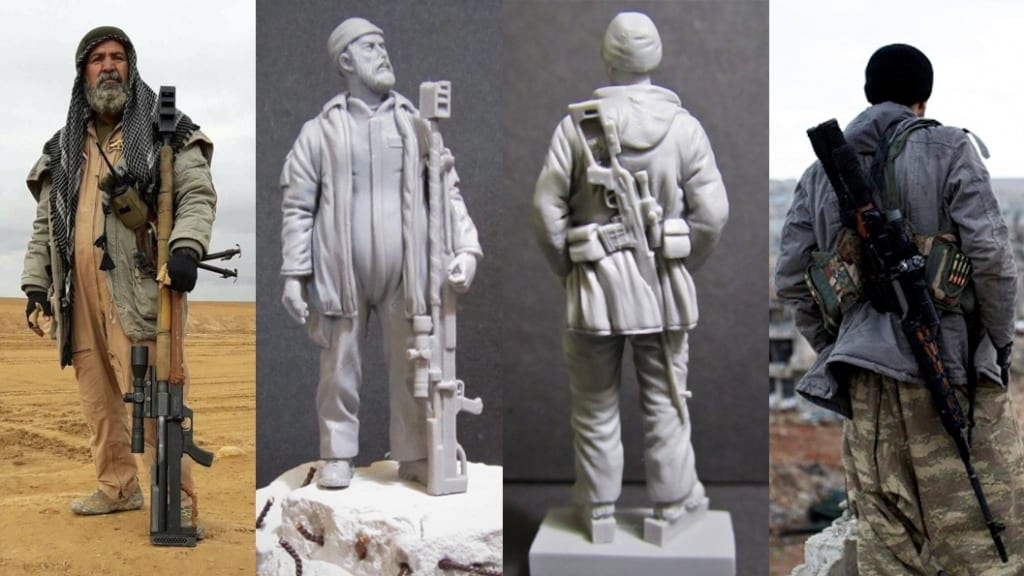 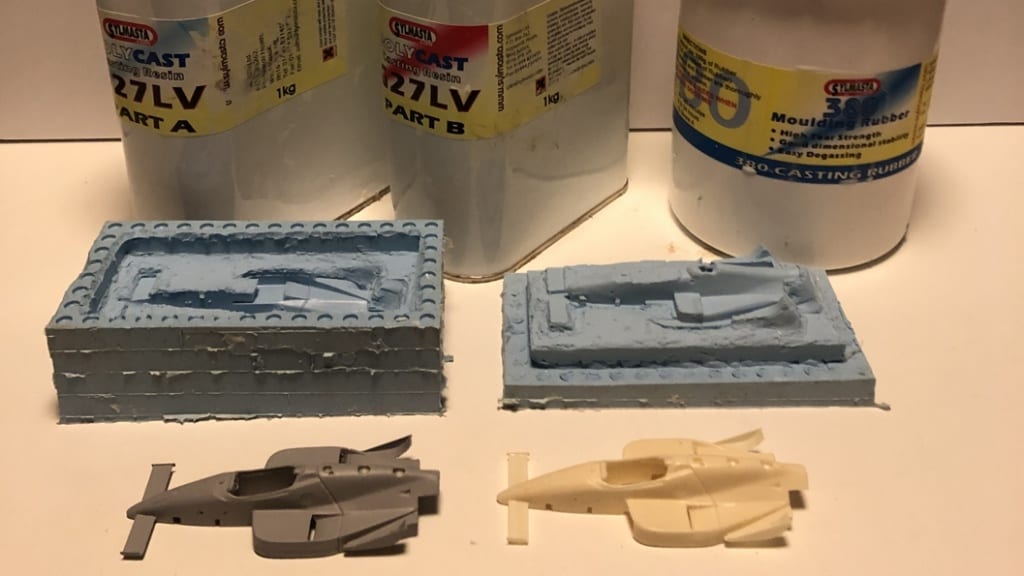 The craft, hobby and model making products to get you through lockdown

Lockdown means more time for craft, hobby and model making projects. Here are four products which you can use to get creative during the extra time at home
Read More 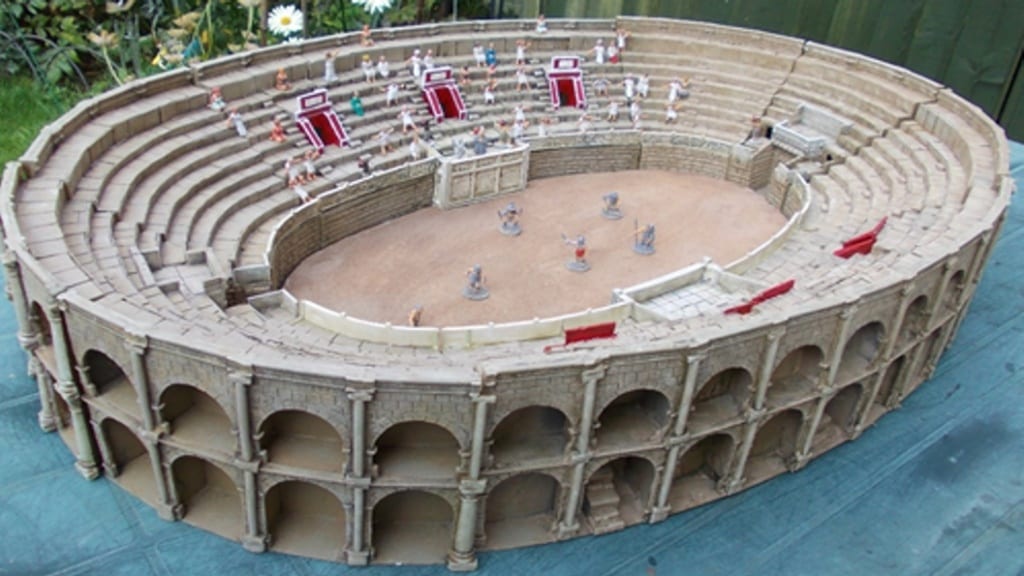 Despite describing himself as an average modeller, Paul Hallett has resin cast some grand historical buildings. He shares some of his secrets
Read More 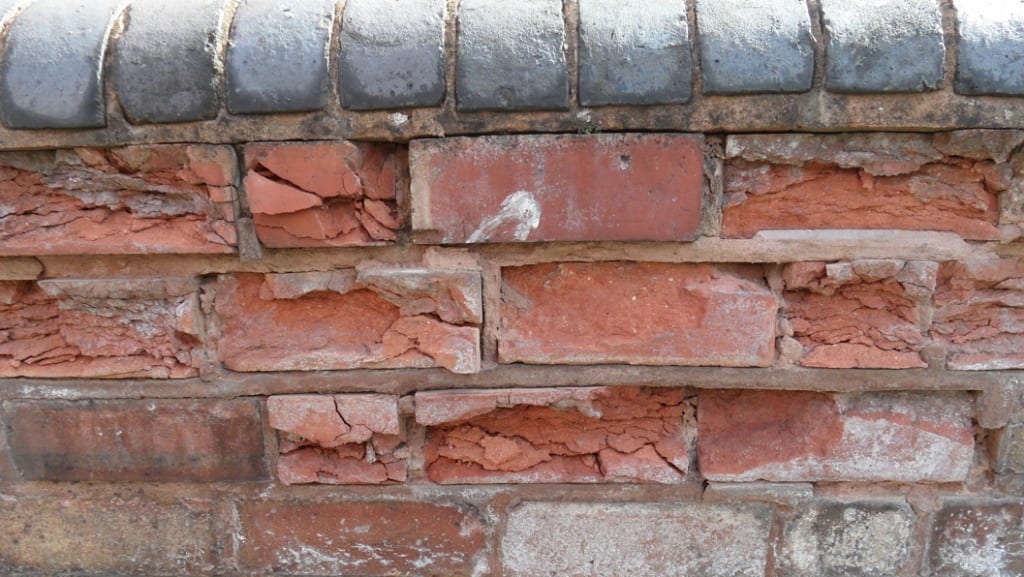 How to turn modelling putty into a material for brick restoration

When damaged brickwork needed repair, one of our customers developed a clever way to turn Magic Sculp modelling putty into a brick restoration material
Read More 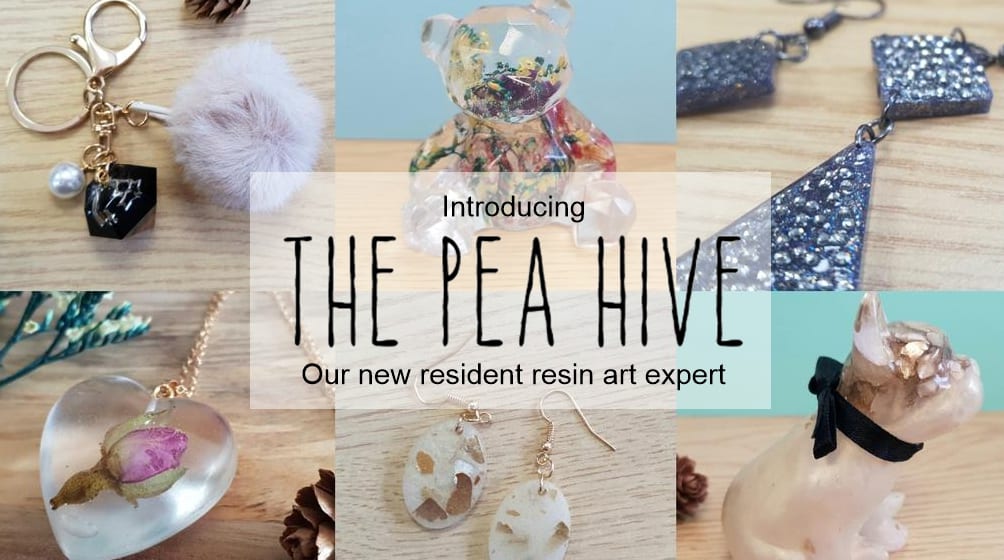 We have got ourselves a new resident resin art and jewellery making expert. Meet The Pea Hive, whose unique creations are causing quite a stir
Read More 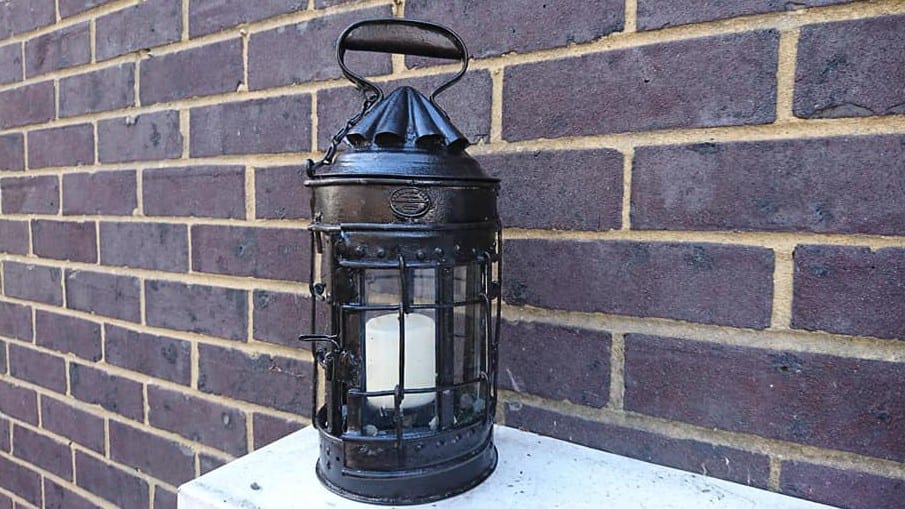 Relighting a 19th century lantern with an epoxy putty-led restoration

Using nothing but epoxy putty and metal profiles, we carried out the restoration of a 19th century lantern made by Birmingham lamp maker Arthur J. Poole
Read More 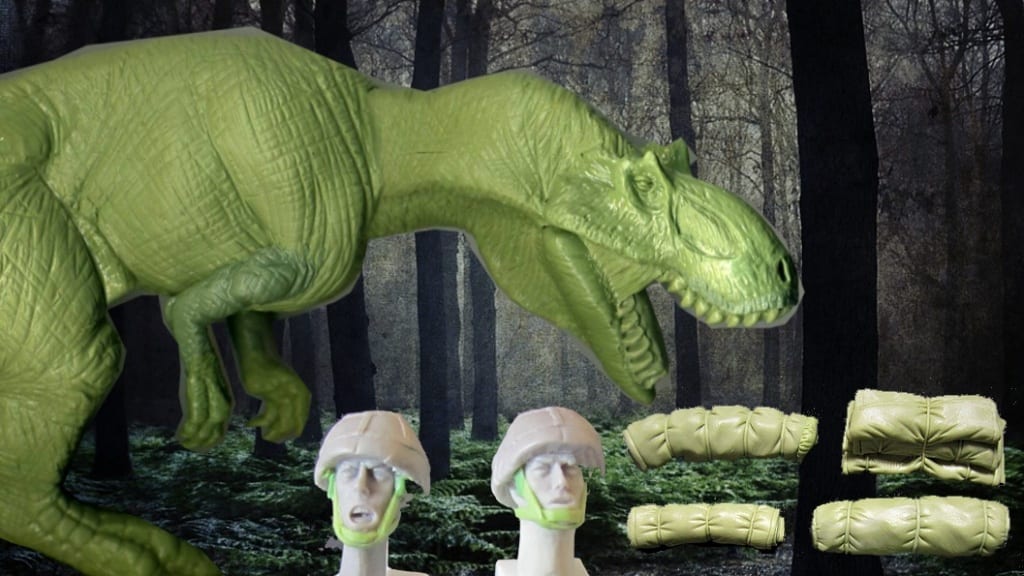 The benefits of mixing modelling putties 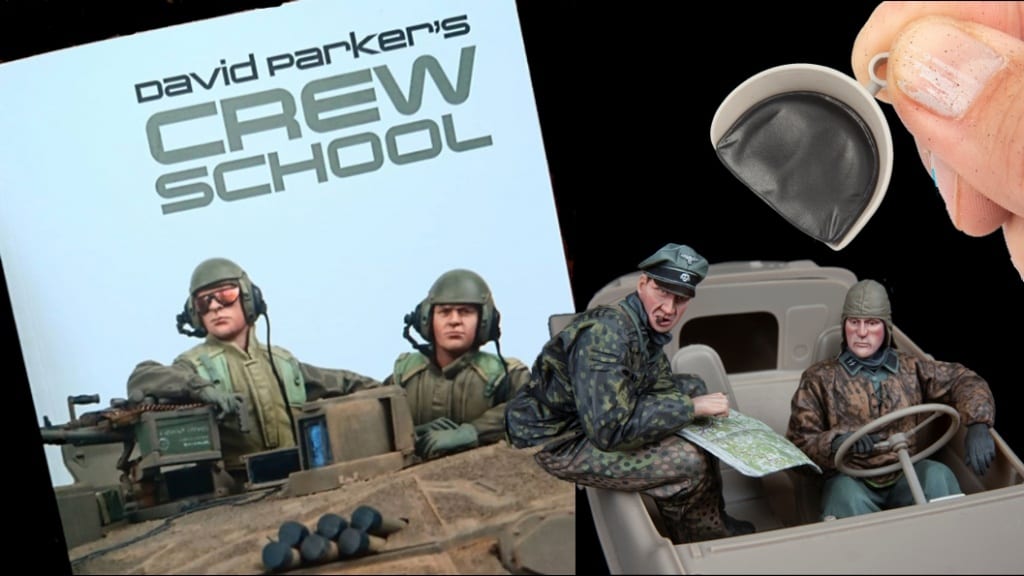 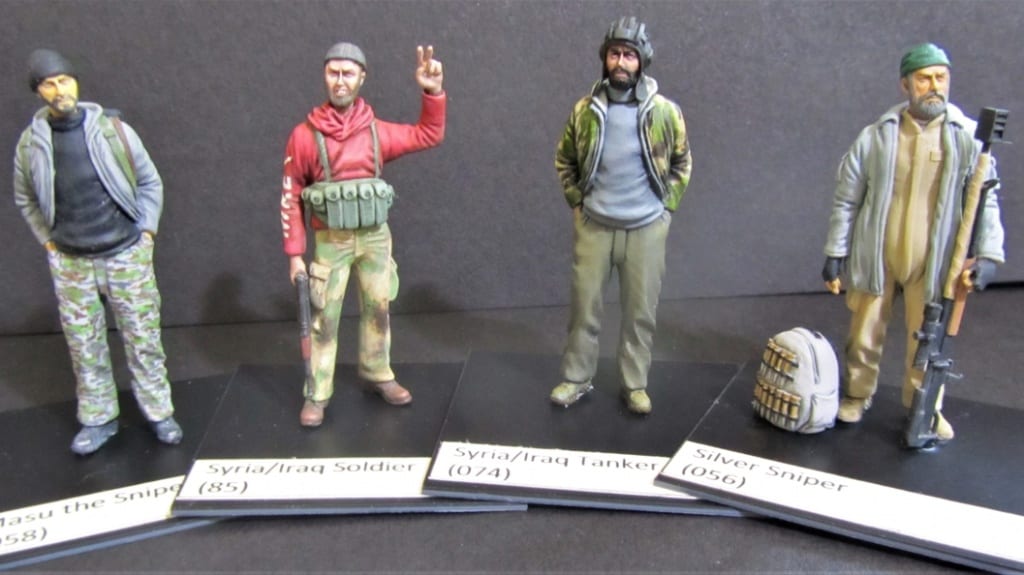 Whilst a lot of military modelling tends to focus on WWII, founder of Red Zebra Paul Wade explains why his company focusses on Middle East conflicts instead
Read More 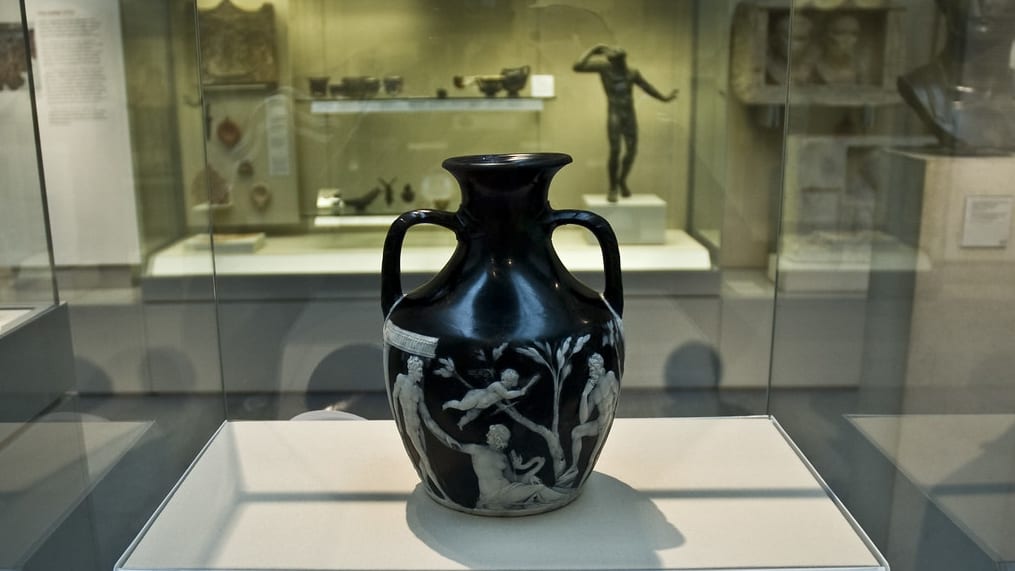 144 years after it was smashed to pieces, here’s how a complex restoration project restored the Portland Vase to its Roman glory
Read More 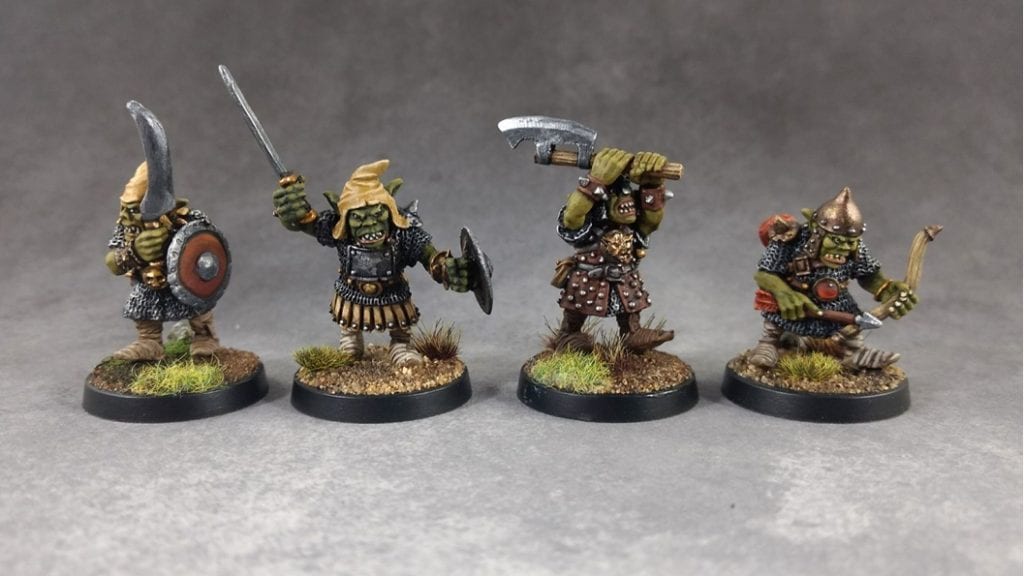