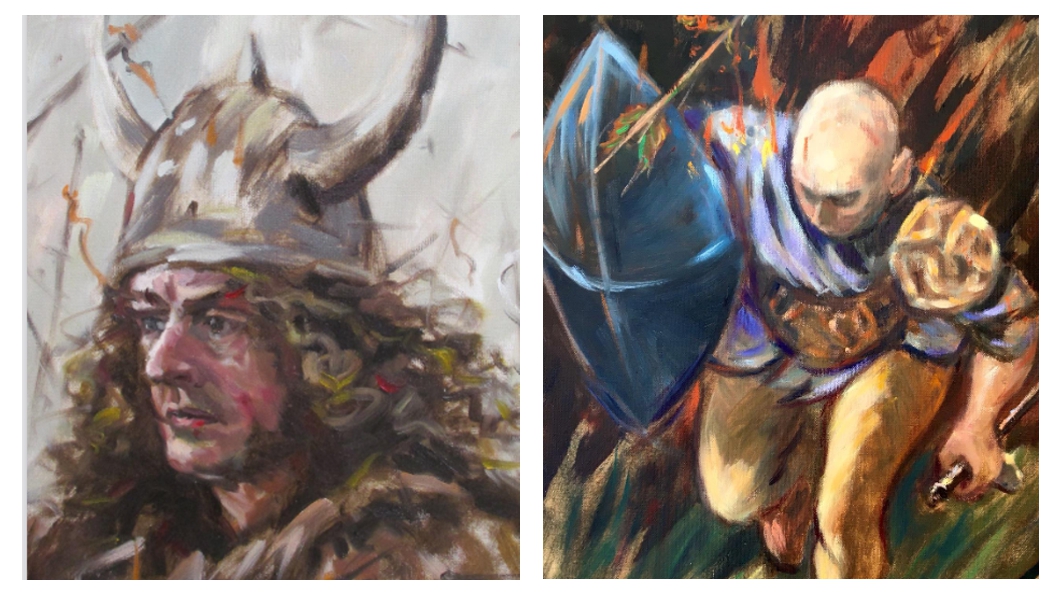 One of our regular collaborators has moved into the world of tabletop wargames. John Wombat recently launched Shadows of Centralis, an immersive strategy wargame offering players the opportunity to field a range of different armies.

Unlike many other wargames, Shadows of Centralis encourages players to build their armies using models from many manufacturers. This makes it an inclusive addition to the world of tabletop wargames.

Accompanying the game itself are many extra resources. The 400-page Shadows of Centralis A5 Book contains all the information needed for beginners and experienced wargamers to play. The game has a website which is frequently updated and there is a monthly magazine introducing new details and backstories.

Already, John has built the sort of community around his creation that the best tabletop wargames have to thrive. So, what next? There was only one way to find out – have a chat with the man himself.

Here, John Wombat discusses Shadows of Centralis, his own model and wargaming career, and where he sees his new game heading in the future.

Hi John. This seems like the obvious place to start. Can you give us a run through of Shadows of Centralis please?

Shadows of Centralis is a dynamic 28mm scale tabletop wargame which fuses aspects of fantasy, science fiction, and horror. The game uses D6 and D10’s (six-sided and ten-sided dice), while measurements are made in inches. The game can be played with as few as 20 to 30 models per side, through to large battles involving hundreds of models.

Using the principal of ‘I go, you go’, Shadows of Centralis uses Rounds and Turns. Within each Round, each player takes a Turn as four stages are worked through in order: Movement, Hand-to-Hand Combat, Shooting and Magic.

What was the inspiration behind it? And what made you decide to create your own wargame?

Though my previous books have been music biographies, I have held a long standing interest and enthusiasm for all things model and wargaming related and have wanted to produce a wargame of my own for a long time.

Rather than creating a generic game that was simply played, packed away, and forgotten, I wanted to build something much more immersive… to offer players an experience which draws them in, transporting them into an alternative reality.

Inspiration comes in many forms and from many different places, from the works of authors such as H.P. Lovecraft and Michael Moorcock through to the rules and writings of Rick Priestley, as well as the musical and television worlds of The Cramps, Beast, Dark Shadows, and Hammer Horror.

Shadows of Centralis is more laid back than most tabletop wargames when it comes to building an army, with players encouraged to use any models they like. What was the thinking behind this?

Understandably, most model manufacturers who also produce rulesets only want to include and promote their own range of figures. An exception to this is Rick Priestley‘s wonderful Warlords of Erehwon; this demonstrated how a game can lend itself to a more inclusive approach with regards to the different models a player can use.

Personally, I have models from many different model manufacturers, both old and new, and seeing them assembled together to create strikingly unique looking forces is greatly rewarding.

Your rulebook lists several different model manufacturers, including our mutual friend The Goblin Master. How did you decide who to recommend?

Having been an active hobbyist and wargamer for many years, I have come across all manner of different models and respective manufacturers. Those listed within the Shadows of Centralis book are some of my favourites.

The companies featured include some of my favourite model sculptors – like The Goblin Master – and whose diverse range of miniatures work well for the unique forces included within Shadows of Centralis.

There is an accompanying monthly magazine. What can readers expect to find in that?

(Editor’s shameless plug: Including SylCreate. We feature in the May edition. Don’t think our marketing man has ever been called a personality before, so thanks, John).

When making sculpts of your own, which putties and tools do you like to use?

SylCreate offer many great putties, though my ‘go to’ medium is Green Stuff. I do have experience of using other putties too, such as SylCreate’s Geomfix range. Meanwhile, thermoplastics are great for making quick and easy moulds, especially press-moulds.

Ruth Moreira, who assists in all my writings and is the official artist for Shadows of Centralis, has recently been using Super Sculpty. Though I have not been involved in any sculpting with Super Sculpty beyond the baking process, I have been very impressed with this sculpting medium and look forward to trying it out.

Working much like a paint brush, silicone-tipped colour shapers are my regular sculpting tools, along with dotting tools and a craft knife.

Where would you like to see Shadows of Centralis go? Will we see any more wargames from John Wombat in the future?

We’re only just getting started though and there are many exciting Shadows of Centralis plans in the pipeline. There is a lot more to come, so watch this space!

Want to sculpt your own figures for use in tabletop wargames? Here are John Wombat’s favourite putties Green Stuff and Geomfix Original. They can also be purchased together along with Magic Sculp in the Modelling Putty Kit.

Share this article...
Category: Blogs
Leave a Reply Cancel reply
Cookies are used to ensure you are given the best experience on our website. By continuing to browse the site you are agreeing to our use of cookies.OkPrivacy policy