If you like your goblins, then you’ll know about the Goblin Master. For 35 years now, Kevin Adams has been one of the world’s leading creators of high-class fantasy miniatures, building up a worldwide following and reputation for his work.

He’s been employed by some of the biggest modelling companies. He’s used his skills to help friends set up their own businesses. He’s made countless miniatures for multiple clients as a freelancer. And after three decades in the modelling business, he’s finally set to go it alone – Goblinmaster Limited is here.

For all his creative talents, Kevin has never truly been able to create the miniatures that he wanted. Throughout his long and distinguished career, he’s always worked for others, which was somewhat restricting in terms of what he was able to do – it was always a case of turning their ideas into reality rather than his.

Well, not anymore. In January 2020, Kevin set up a Kickstarter Fund with the aim of raising enough money to allow him to set up Goblinmaster Limited. In less than three weeks, over £5000 had been pledged which provided the money needed for the Goblin Master to start flying solo.

Raising so much in such a short period of time showed the popularity of Kevin’s work. He already has 16 brand new ranges with which he wishes to launch Goblinmaster, created completely from scratch and produced in his trademark ‘old-school’ style.

Those backers who have pledged £25 or more through Kickstarter will receive first editions of Kevin’s new ranges, incorporating dwarves, wizards and other fantasy creatures as well as goblins.

The eventual aim is to sell these miniatures through the new Goblinmaster website, rather than in exchange for pledges via Kickstarter. Given the speed at which the process is moving already, the switch to online sales might not be that far away.

Which means that the Goblin Master Kevin Adams is going to need a whole lot of Green Stuff.  Kevin has been using Green Stuff since 1984, ever since the manager of Citadel Miniatures, Bryan Ansell, gave him his first batch.

The Goblin Master himself takes up the story. “I was a collector of Citadel miniatures during the early 80s and used to paint them as a hobby.”

“I then moved onto modifying duplicate figures by changing weapons and I tried making their faces different.”

“It took a long time and a lot of practice to get results. Eventually, I started to make my own models and I sent an ogre to Bryan.”

“I’d already painted models for him after gaining recognition at one of Citadel Miniatures’ painting competitions.”

“After I sent that first ogre to Bryan, he wanted to know if I had any more and so I sent him some larger goblins. Bryan put me in touch with Alan Merrett, who taught me about undercuts and various other techniques.”

“I improved so much. I owe a lot to Alan because his knowledge of moulds has really helped me over the years when making models.” 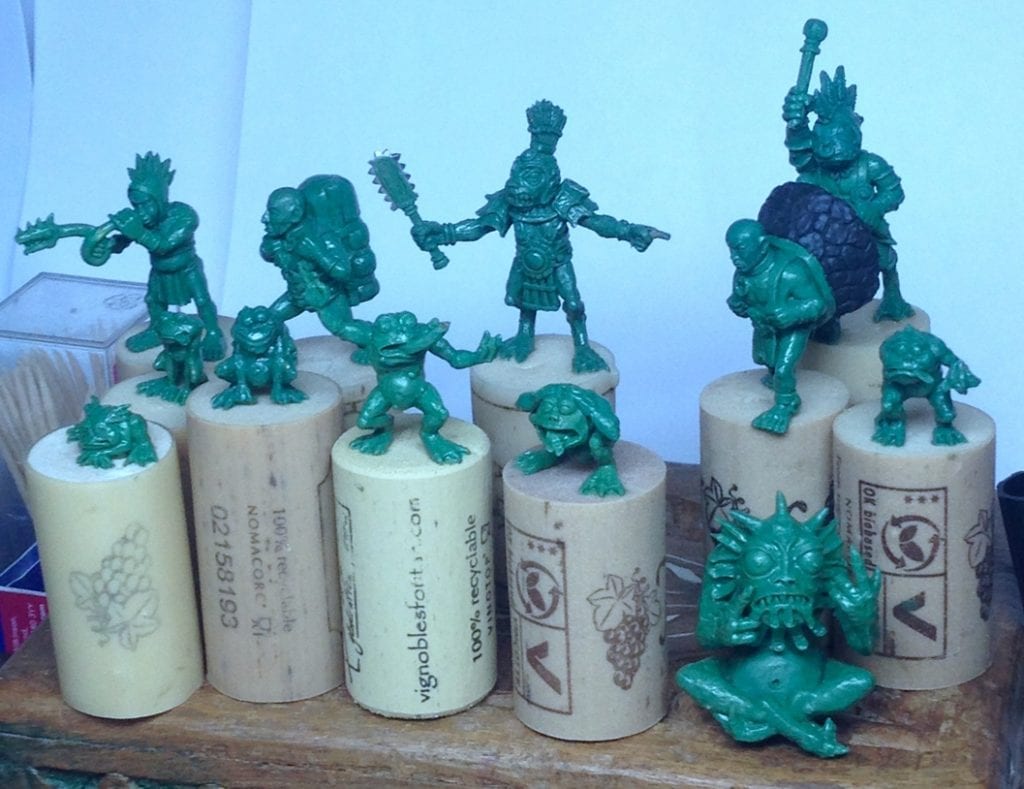 Kevin soon started work on his first range of lesser goblins before moving to Nottingham, where he joined Games Workshop during “the golden years”.

“Everybody at the Games Workshop design studio made masters out of mostly Green Stuff, plus Milliput for hard edged models. Alan and Michael Perry, who are my heroes, use nothing but Green Stuff.”

Kevin spent nine years at Games Workshop, where his ability to capture the lunacy, delight, cruelty and comedic nature of goblins soon marked his miniatures out as unique.

After leaving Games Workshop, he went onto work for various other companies before turning freelance. With Goblinmaster Limited, Kevin can now dedicate his time to producing the orcs and goblins which he loves making. He was even willing to let us into some of the secrets of his success. 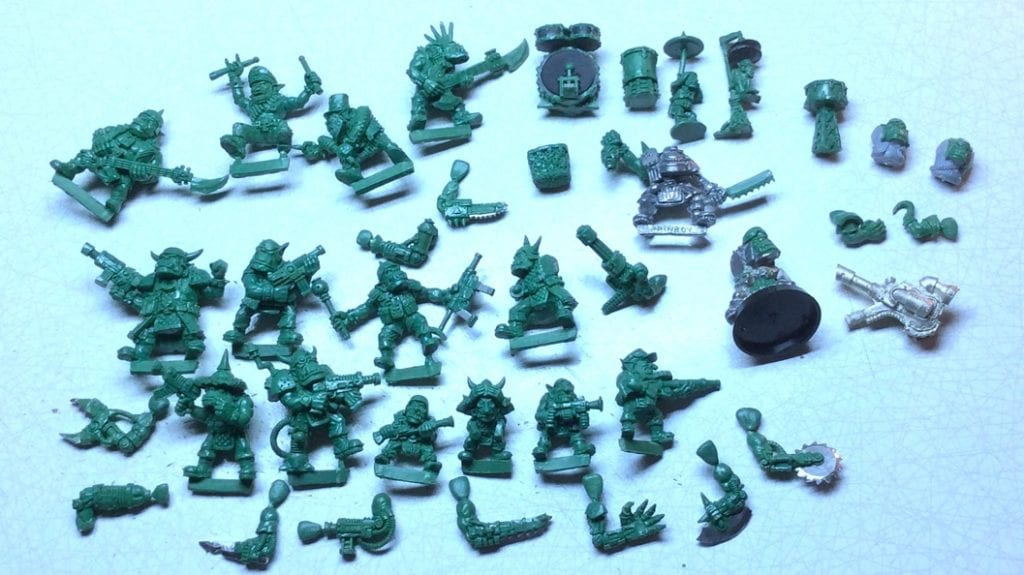 “As far as making models is concerned, I always make a wire frame. With larger models, I will bulk out the frame and then build layers of detail. I’ve made plenty of bodies on the wire too, which takes a fair amount of skill and patience.”

“Sometimes, I will cut the putty once it’s cured to get the harder edges, but mostly I work with fresh putty.”

“I find that it’s better to leave Green Stuff for about an hour before attempting any fine details due to its soft and sticky nature.”

The Goblin Master has put his talents to good use for charity too. In recent years, Kevin has raised hundreds of pounds at the annual Bring Out Your Lead event hosted by Foundry Miniatures, which celebrates all things Oldhammer.

Kevin will convert the heads on models which attendees bring along in exchange for a donation. Many people ask the Goblin Master to transform the face of their miniatures into that of their wife or children.

Kevin does this by using snippers to remove the existing facial detail before adding Green Stuff to create a new face. Working in a boiling hot building in the middle of August comes with serious challenges.

“It’s always hot, you’re holding metal miniatures in the hands and the putty gets unbearably sticky, which makes it almost impossible to work with.”

“That raised £265 which increased to £400 with donations and gift aid.  All the money went to Prostate Cancer.”

With technology changing the way that model making is carried out, Kevin remains dedicated to the traditional approach.

“Games Workshop no longer produce their models with putty. Sadly, it’s all done with computer sculpting but my love is still old school metal models.”

“We are a dying breed these days. 3D printing is becoming the standard, but I will always make traditional hand-made models.”

And that is why Kevin Adams will remain the Goblin Master.