Military modelling is big business and whilst much of the demand focuses on World War II, one company has exploited a growing interest in conflicts from the Middle East – Red Zebra Models.

There are so many intriguing questions surrounding Red Zebra and their work that it is hard to know where to start. Why do they focus on the Middle East? Where does the name Red Zebra come from? And perhaps most interestingly, how did the company come to recreate real-life snipers from the fight against ISIS as models?

To understand the story of Red Zebra, you have to start at the very beginning with founder Paul Wade. It’s Paul’s journey through life that underpins Red Zebra.

“I started building models when I was a kid,” says Paul. “I think it’s fair to say that these models wouldn’t win any competitions as they were covered in glue fingerprints and looked like they’d been painted with a mop.”

“As I got older, I began to take a little more care and some of my models would look a bit more like what they should have been.”

Paul also became interested in making his models look more realistic. This was a time before the internet, when accessories and other addons were very limited.

Paul wanted his model tanks and trucks to have figures, bags and tarpaulins which would help them bear a closer resemblance to the real life versions that he had seen in books and on television.

The only way to achieve this was by sculpting his own accessories. Soon, modellers began to ask where Paul had bought his accessories and figures. 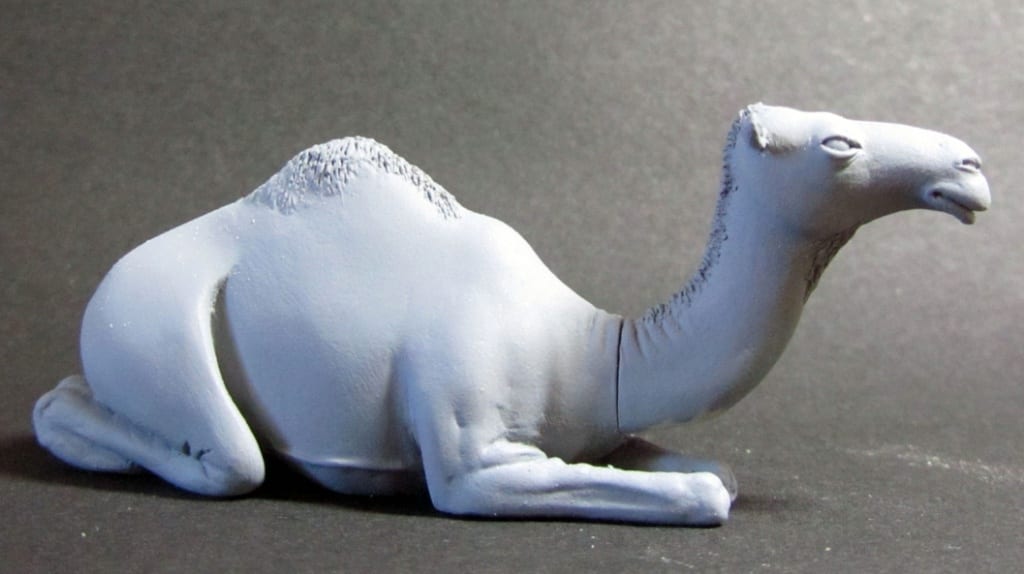 “When I told them I’d sculpted them myself, they would always be very surprised. Over the years, it got to the stage where I enjoyed creating the accessories more than building the actual kits – which gave me the idea of setting up my own company.”

And so Red Zebra was born. By this point, Paul had spent many years living and working in the United Arab Emirates and Qatar.

Spending so much time in the Middle East gave him a real interest in conflicts in the region, and so instead of just producing World War II military modelling accessories, Paul wanted Red Zebra to include modern day subjects as well.

Among those subjects are real life snipers. While researching on the internet, Paul came across a photo of what appeared to be an old man in a boiler suit carrying a very large rifle.

This turned out to be Abu Tahsin al-Salhi, an Iraqi sniper known as the Sheikh of Snipers. He was credited with killing over 384 ISIS members during the Iraqi civil war, the final chapter in an extraordinary career.

“I’d sculpted a lot of figures over the years,” says Paul of al-Salhi, “but they all tended to be regular soldiers. The look of this person certainly appealed as something completely different, which is what Red Zebra is about.”

Paul’s research into al-Salhi led him to discover another photo. This was of Musa Herdem, an Iranian sniper who came to international attention when he was revealed to have successfully shot ISIS militants from a distance of 400 metres.

“What stood out to me about the second sniper was that he was stood there with his hands in his pockets and his rifle over his shoulder. I liked the idea of the relaxed casual pose and once I found out some history about Masu, I just had to sculpt this individual.”

Snipers, machine guns, bedrolls, animals – everything that Red Zebra make is currently produced in-house, from creating the masters to making the moulds and undertaking all the castings. Red Zebra even produce their own artwork for the packaging.

All the masters that Paul creates are made with either plastic strip/sheet or Magic Sculp. Sometimes, he will use a small amount of Green Stuff. He has even combined the two modelling epoxies when the project has required it. 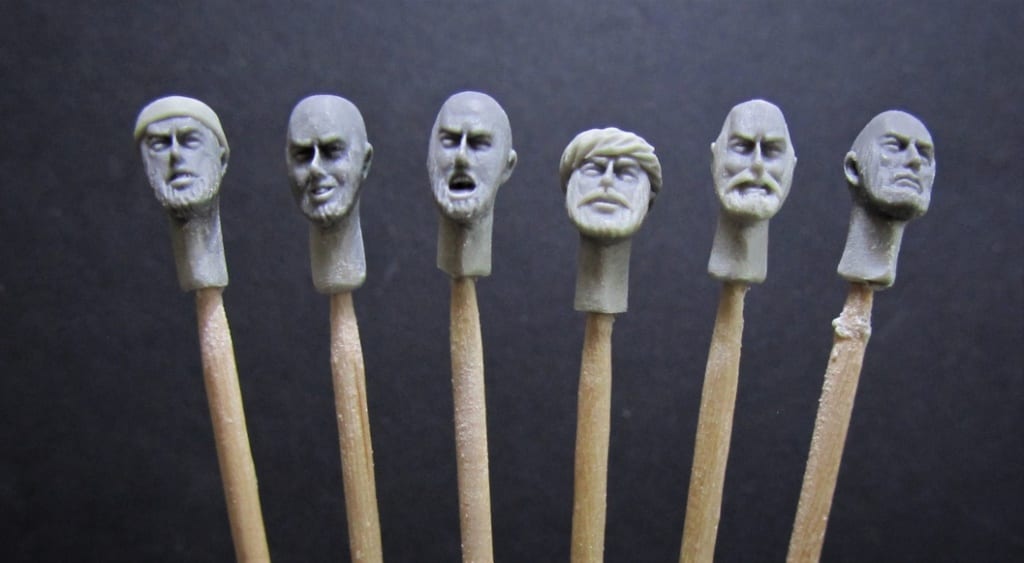 “Both Magic Sculp and Green Stuff have their own plus points. Magic Sculp isn’t too sticky and even has a bit of a waxy feel. It can be rolled out into very thin sections, especially if left to cure for a short while, so that it’s a little bit firmer.”

“Green Stuff is sticky once kneaded together, which is good for creating straps on figures or small details to attach to a master, like straps around a bedroll or haversack.”

“By mixing a little bit of Green Stuff with a ball of Magic Sculp, it’s possible to combine the waxy feel with the stickiness. It means that very thin sections are not quite as brittle as they would be when using straight Magic Sculp.”

Paul has made unique tools of his own over the years to help in the modelling process – as well as relying on the traditional instruments of the trade.

“Regardless of the modelling material, we still rely on paintbrushes, rubber sculpting brushes, cocktail sticks and scalpels.”

“When I lived in Dubai, Sylmasta even sent me some Magic Sculp and Green Stuff after I’d run out. So, thanks for that!”

Red Zebra sell their military modelling accessories all over the world via mail order and through model shops in Belgium, Netherlands, Beirut and at the Bovington Tank Museum in the United Kingdom.

You can find out more about Red Zebra and browse their extensive range of products over on the Red Zebra website.

Which leaves just one final point – where did Paul get the name Red Zebra from? “The idea was to come up with something different that people would remember. If you’ve seen our trade stand at model shows, then you can’t miss the red and black stripes.”