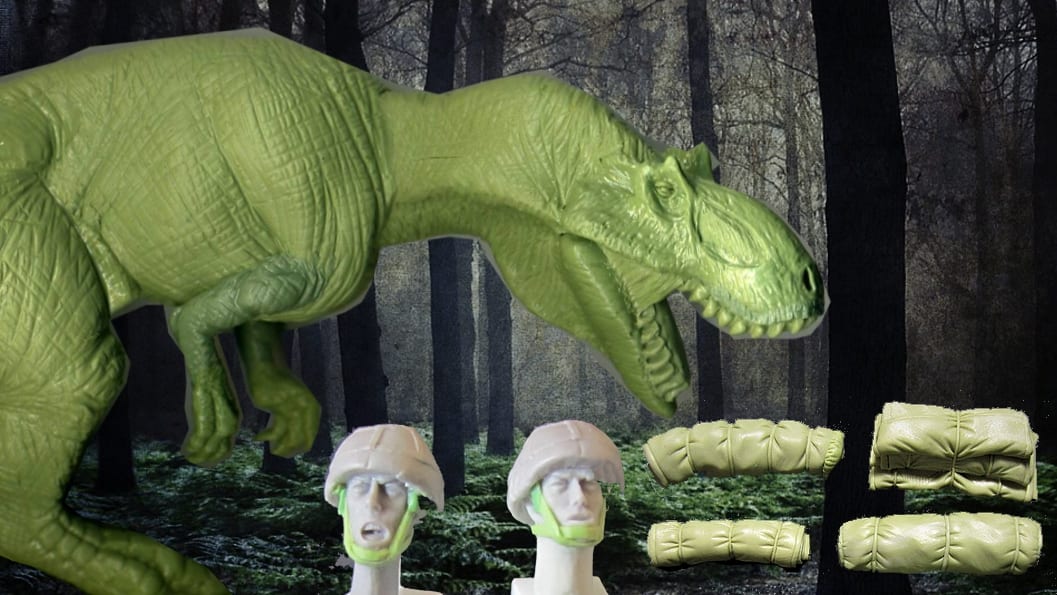 When a Michelin star chef is concocting a new meal for their award-winning restaurant, they will chuck all kinds of ingredients together in the search for perfection. Which is something the world’s leading model makers do too, mixing modelling putties to create the perfect material for the job at hand.

It is an obvious approach to take to model making when you think about it. Say you are working on a fantasy figure which required the detailing that Green Stuff provides as well as the stiffness of Magic Sculp. Such a putty may not be available to buy on the existing market, but by combining the properties of two existing products, you can tailor-make a putty with the attributes you need.

People have long been mixing the range of modelling putties that we sell at SylCreate. When Games Workshop was in its golden age with modellers such as Alan and Michael Perry and The Goblin Master Kevin Adams, it was often said that they would use nothing but Green Stuff to create their high-quality fantasy miniatures – although that was not strictly true.

Green Stuff is a firm modelling putty, which allows it to hold detail well. It is sticky and flexible, meaning that it can be bent even when cured, making it the ideal putty for creating accessories which can then be moulded onto existing figures.

But when Alan, Michael and Kevin were making hard-edged models, they would add some Milliput to the Green Stuff. The two modelling putties mixed together formed a stiffer version of Green Stuff, creating a putty for carving detailed miniatures but with less of the flexibility of pure Green Stuff.

Going the other way, Paul Wade at Red Zebra Military Models adds Green Stuff to his preferred putty of Magic Sculp. On its own, Magic Sculp is a softer consistency putty which has just the right resistance for sculpting. It does not shrink or crack, even when formed in large structures and it provides an extra smooth finish when worked with water.

It does not easily yield when cured though, which is a problem for Paul who sometimes requires a putty which is less brittle. When creating his figures and accessories from Middle East conflicts, Paul therefore mixes Green Stuff with Magic Sculp so that very thin sections become more malleable.

Paul has another reason for mixing Magic Sculp and Green Stuff. The smoothness of Magic Sculp combined with it being a very light colour means it is not always possible to pick out fine details when working in bright conditions. Adding a small amount of Green Stuff to Magic Sculp turns the putty to a light green colour, making carving easier.

For bigger projects, mixing modelling putties together enables the creation of large scale models which are also easy to carve fine details into, as was the case for a SylCreate client who was working on a range of dinosaurs and dragons.

The client needed a putty which was easy to build up in bulk, but which could also hold a tremendous amount of detail when carved. They settled on mixing Geomfix Original A+B with Green Stuff. Geomfix is one of the hardest setting modelling putties available, making it popular for large-scale work. It responds well to tools without crumbling or breaking and cures without sagging or warping.

Geomfix was used to create the model and the top surface was then finished with the mixed putty of Geomfix and Green Stuff. The result was a highly detailed collection. The technique of combining the two putties together has since been advocated by Kneadatite on the section of their website which offers a guide for how to use Green Stuff.

Using Geomfix Original A+B to build up and bulk out models is something which The Goblin Master does. We spoke to Kevin recently about a project he was working on involving an ogre dolly in which he combined his favoured Green Stuff with Geomfix.

“I use Geomfix for making larger models, like the ogre I have been working on,” said Kevin. “It was a hot day and so the putty was quite sticky and pliable, more so than Green Stuff or Milliput, but after 30 minutes or so it was stiffer and easy to work.”

“As far as a modelling medium goes, I rate Geomfix very highly. It is great for muscles and cloths, with Green Stuff the best for items like chain mail due to its ability to stretch more.”

In view of the benefits that can be found from using mixing modelling putties together, SylCreate have decided to make the process even easier by releasing a new Modelling Putty Kit. The Kit consists of Green Stuff, Magic Sculp and Geomfix Original A+B at a cheaper cost compared to purchasing each putty separately.

You do not have to mix the putties together to gain from purchasing as part of the Modelling Putty Kit. The putties included in the modelling kit can be kept separate and used to create a series of components which are then combined together to create a final model.

Award-winning modeller David Parker takes this approach to his model making. David’s putty of choice is Magic Sculp, which he uses to sculpt his main body of work including his internationally-acclaimed tank crew. For detailed insignia and supporting accessories such as belts and hair, David uses Green Stuff because of its elastic properties and firmness.

He then attaches the components made from Green Stuff to the components created from Magic Sculp, creating highly detailed models. Red Zebra also create their masters in this way. The intention is that the Modelling Putty Kit will provide a more cost-effective purchase for all model makers who use multiple putties in their creations.

Whether you intend on mixing the putties together or using them separately in one project, we would love to see your work created using our latest Kit. You can email photos and a write-up to sales@sylmasta.com and help us to tell the world more about the benefits of mixing modelling putties.

1 thought on “The benefits of mixing modelling putties”