One of the most exciting parts about a restoration project is the rabbit hole you can find yourself going down when you dig into the history of the item you are repairing – as we found out when fixing a 19th century lantern made by an Arthur J. Poole.

The lantern arrived at SylCreate HQ needing a replacement latch made and a new candleholder created. It looked like it had come straight from the pages of a Charles Dickens’ novel; Miss Havisham herself probably prowled around the grounds of her decaying mansion with this exact lamp in Great Expectations.

There was only one way to find out where it had come from for sure, of course – Google (or an alternative search engine of your choice). And so, we typed in the name Arthur J. Poole – inscribed on a plaque at the top of the lantern – hit search and found ourselves spending a considerable amount of time delving into a past full of Victorian industry. This ended up being a particularly big rabbit hole.

Born in 1848, Arthur J. Poole was a Birmingham lamp maker of some distinction. He employed four men, five boys and two women in his factory at 25 Pershore Street, a stone’s throw away from where the Bullring shopping centre sits in the modern-day second city.

Judging by the number of different lamps that bear his name listed on auction sites across the world, he must have been an extremely busy man. As well as a wide selection of lanterns designed to hold candles such as the one sitting in our office, Arthur J. Poole made naval maritime signal lamps capable of transmitting Morse code, lanterns for police offices and lamps for use on the railways. He even had a side-line in copper coal buckets.

At a guess, the lamp we were fixing would have been made in the 1870s or 1880s. Given that it was candle powered, it almost certainly would have pre-dated the use of paraffin as a household fuel. Being well over 100 years old, it goes without saying that the lantern had seen its fair share of dramas – and yet it was still in remarkably good condition. Testament to the craftsmanship of Arthur J. Poole.

So, to the restoration of our 19th century lantern. A new latch was required as at some point in the previous 150 years, the original had fallen off. Having a lantern door that can open at will, whenever there is a breeze or the user swings the device a little too enthusiastically is problematic as it can result in the candle blowing out. Which is the last thing you want to happen if Bill Sikes or Fagin are around.

The other task centred around the candleholder itself. It is not just cars, waistlines and the price of pints which have grown since 1870; candle sizes have too. A combination of larger, heavier candles and the passage of time had seen the original candleholder installed by Arthur J. Poole sheer into two pieces. A new part therefore had to be created which could reattach the existing base used to hold the candle in place to the fitting within the lantern.

Only two products were needed for both jobs – epoxy putty and a metal profile. The candleholder was the most straightforward part of the 19th century lamp restoration. Superfast Steel Epoxy Putty was hand-kneaded to create a candle-like shape which could fit in the existing holder.

As well as being easily moulded into shape, the putty offered high-strength adhesion. The newly-made fitting could be easily attached to the base of the plate upon which the candle sits. The putty cured relatively quickly with a work time of around three minutes. Just before it was set, it was pushed into the existing candleholder inside the lantern to ensure that it offered a tight fit.

Creating a new part had unexpected benefits in terms of improving the versatility of the lantern when it comes to the types of candle it holds. The new holder allows it to contain fat, modern-day candles up to 8cm in diameter. Remove the holder and you can still channel your inner Florence Nightingale by placing thinner candles more akin to those which of Arthur J. Poole had in mind when he built it the first time.

After completing the candleholder, attention next turned to the latch. An aluminium round tube – part of the SylCreate metal profiles range – was bent into a U-shape. A section of plastic tube slighter wider than the aluminium was then cut to sit at the bottom of the latch, allowing the aluminium to drop easily into the existing latch part already attached to the lantern.

It really was that straightforward. A coating of black paint was added to the epoxy putty, the aluminium profile and the plastic tube which made up the new latch to complete the restoration – Arthur J Poole himself would have struggled to spot it from his original 19th century lantern.

The restoration of the 19th century lantern cost under £15 to carry out, a price that even Ebenezer Scrooge could not baulk at. It was carried out in less than two hours, once we managed to drag ourselves away from scouring the internet for more details about Arthur J. Poole and his lamp making business.

With its latest restoration and repair, we are hopeful that the 19th century lantern will keep going for a few more years yet. If you happen to be reading this from the year 2170 having just Googled the name Arthur J. Poole, then we clearly did the job well.

We are currently selling off all our remaining stocks of metal profiles – including the aluminium tubes used in this repair – for just £2.40 a pack. Please see our Sylmasta Sale page to see what is available and place your order before they sell out. 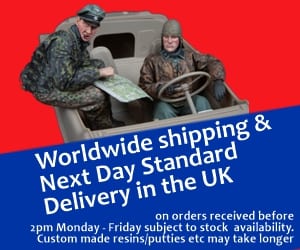